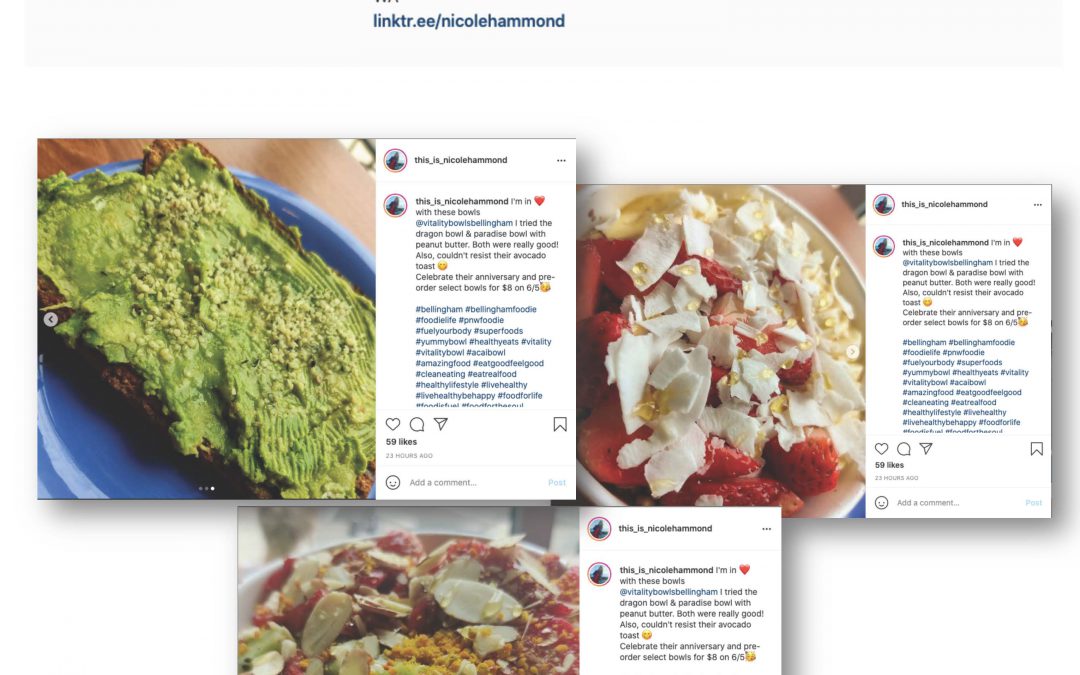 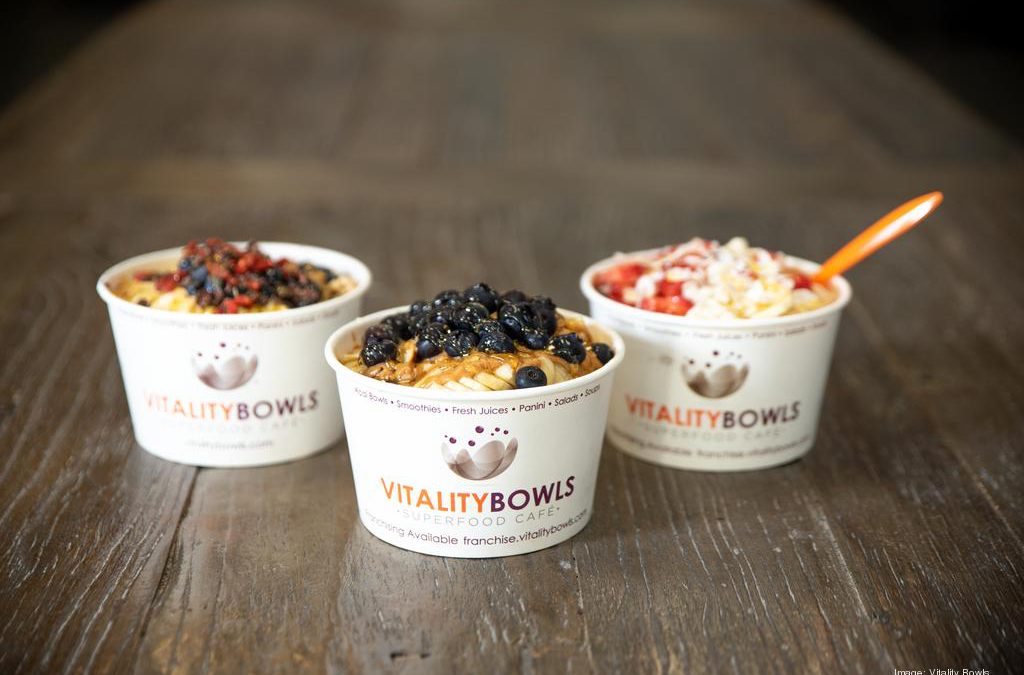 By Susan Ellis, Memphis Business Journal | May 31st, 2021– Vitality Bowls, an acai bowl/superfood cafe, would like to enter the Memphis market.

Hmmm, we Memphians say, as we wipe our barbecue sauce- and/or wing sauce-covered fingers onto our shirts.

But the folks at Vitality Bowls are not deterred.

“Memphis, it’s an upbeat culture. There’s great diversity, great music, and the people are foodies. So, it’s got the right kind of energy we’re looking for in a market,” said Uriah Blum, vice president of operations at Vitality.

“We know that there’s a lot of people out there desiring and demanding healthy food – superfoods, smoothies, juices, and acai bowls,” he added. ” So, even places that are typically known for barbecue or meat or things of this nature, there’s a huge percentage of the population that is craving and wanting something like we can offer.”

Blum noted that Vitality generally likes to be in the more affluent/healthier side of town.

“We’re not meant for everyone,” he said. “We’re definitely more of a premium product. So, when we look at regions and areas within cities, we’re targeting higher household incomes, places where there’s good business, neighborhoods, gyms, fitness facilities.”

Blum said that franchisees don’t necessarily have to have a background in restaurants.

“We look for people with passion and personality,” he said. “We’re big on community involvement. We want you to be out the door, have ties into community, and get out there. Obviously, [a franchisee should have] a passion for healthy eating, for nutrition, for fitness – just living a well-balanced lifestyle.”

Vitality Bowls is a California-based company founded by Roy and Tara Gilad in 2011 to address their daughter’s severe food allergies. There are now 145 cafes open or in development.

The stars of the show at Vitality are its acai bowls, which feature a base of ingredients – such as acai or other fruits, along with toppings like more fruits, honey, and gronola. They also offer smoothies, juices, paninis, soups, and salads.

Some of the words on the menu, like graviol, may be unfamiliar. That’s why employees are called “order educators.”

“We do have a lot of customer education,” Blum said. “What are these superfoods? Where do they come from? Why are they good for you? What is this acai bowl thing?”

Vitality bowls will soon expand their menu. They plan to add savory grain bowls, power toasts, and some wraps. They’d like to get their juices into the retail market.

The bigger plan is to have 200 locations open in the next three to five years.

“We’re looking to just continue down this path focusing on the right markets with the right people,” Blum said. 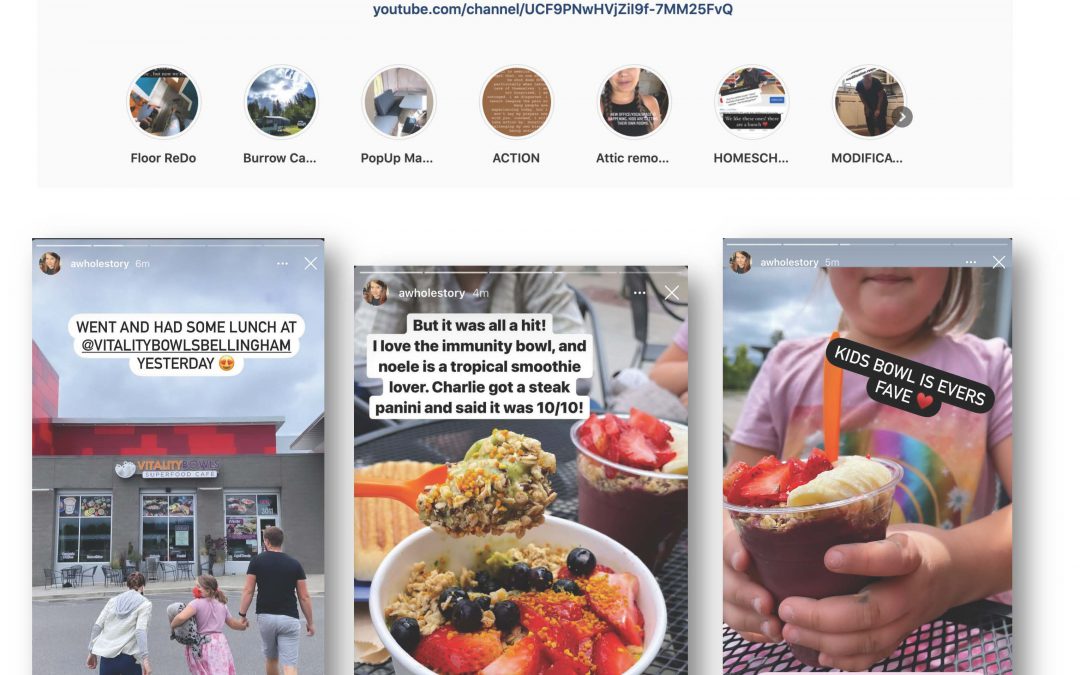 The Bellingham Herald recently announced that Vitality Bowls Bellingham, next to the Regal Barkley movie theater, is celebrating its two-year anniversary with discounts on its acai bowls and prize giveaways. 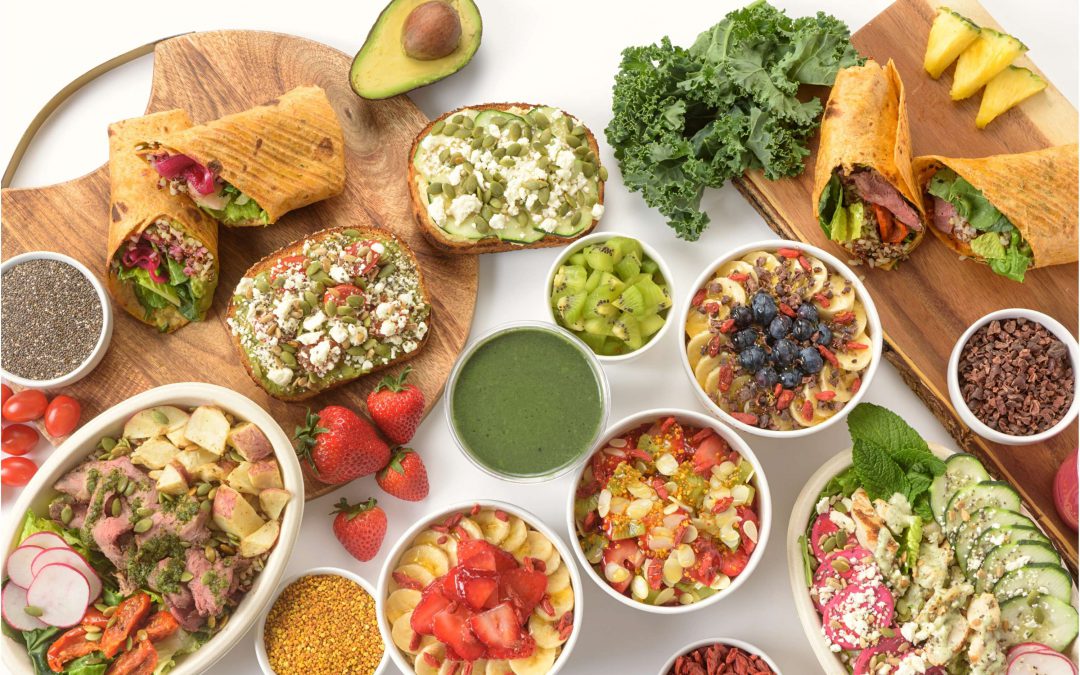 From Triad Business Journal | May 13, 2021: Two fast-casual restaurant chains emerging in the Triad will open locations in a building under construction along a high-traffic corridor.

Vitality Bowls and Chicken Salad Chick will open the 6,900-square-foot building on Gentry Circle at The Shops at Town Center in Clemmons, just north of Interstate 40 off Lewisville-Clemmons Road. The building is an outparcel to Clemmons Town Center, which is anchored by Planet Fitness and a soon-to-open Holiday Inn Express.

Town Center is developed by David Morgan of Winston-Salem and Steve Haskins of Charlotte. Fourth Elm Construction is the general contractor.

Chicken Salad Chick will be on one end of the three-unit building, scheduled for completion by fall. Vitality Bowls will be in a smaller middle location. A 2,800-square-foot end cap with potential for a drive-through lane remains. CBRE Triad represents the building owner.

Vitality Bowls, a “superfood cafe” specializing in acai bowls, smoothies, fresh juice, salads, and panini, plans to open in late summer, according to the owner Theresa Lopez, who also owns the other Triad Vitality Bowls at 3343 Battleground Ave. in Greensboro.

“Our first cafe in Greensboro has been a local fan-favorite since the beginning and we know residents in Clemmons will fall in love with our nutritious and unique offerings as well,” Lopez said in a news release.

Since franchising began in 2014, Vitality Bowls has grown to more than 145 cafes open and in developement.

Chicken Salad Chick opened its first Triad location in 2015 at Westover Gallery of SHops in Greensboro. A second location opened in August at Palladium shopping center in High Point.

Chicken Salad Chick specializes in a variety of chicken salads served in scoops and on sandwiches, as well as other soups, salads and fruit.

Since Publix opened at Peace Haven Village in 2017, the stretch of Lewisville-Clemmons just north of I-40 has become a hotbed of restaurant development, several hot local and national concepts such as the The Habit Burger, Cugino Forno, Abbott’s Frozen Custard, Ketchie Creek Bakery and Cafe, East Coast Wings + Grill, Moe’s Southwest Grill, Frist Watch, Panera Bread and Mediterraneo have opened in the past four years.